Ladies: How to Handle the Uncomfortable Stares from Men at the Gym 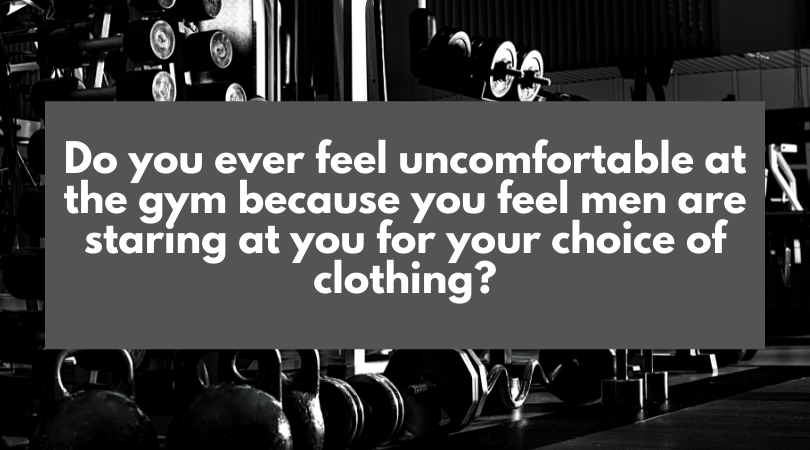 Today, I’m just providing a fun tip for all the ladies, but all the men out there can – and probably should – listen up, too. But, first, I’m going to kick things off off with a question.

That woman I just described was me. I was that woman you see at the gym who would feel so uncomfortable with men’s looks that I would take it upon myself to wear basketball shorts.

Have you ever tried to wear over-sized clothes to the gym – baggy t-shirt, baggy shorts, baggy sweats – because you were just tired of the men staring at you while working you? If so, raise your hand.

If you raised your hand, then you know how uncomfortable and distracting it is to have to wear baggy clothes. No matter how dedicated you are, you simply aren’t getting the most effective workouts because you aren’t wearing the appropriate clothing for working out.

If I was running, I would constantly have to hold my baggy shorts up to prevent them from falling off, and that took away from the focus that I should ideally be putting into the exercise.

Well, I figured out a trick. Are you ready to find out what it is? Listen up, ladies.

One day, I said, “You know what? I just need to put on whatever it is that’s comfortable for me to work out in,” and that is exactly what I did. 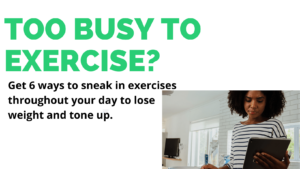 Of course, men being men, when they see a woman, they don’t really care how your body looks. They’re just going to look at it, anyway. If you have any part of a shape, they’re really going to stare at you. That’s just the way they are.

I always make jokes about how, for some reason, I was a magnet for people who were 65 years old and up. I was literally getting all of them – all of them sitting on the bikes, acting like they were riding the bikes even though they’re really just watching women go back and forth.

I thought about it and eventually decided that I wouldn’t stop wearing comfortable workout clothes just because of all these people who love to stare. I said to myself, “I’m still going to wear whatever it is that I want to wear when I’m working out, so that I can get a good workout. But, instead of feeling uncomfortable, I’m just going to look every single one of them in the face and smile.”

They made me uncomfortable all this time by staring everywhere they shouldn’t stare, so I’m going to make them uncomfortable by staring right back at them, dead in the face, smiling, and saying, “Good morning!”

Guess what? Staring back at them – and actually acknowledging them – makes them have to pull their eyes up because now they know that you’ve seen them. Now, they have to look at you in your face – which is something they probably haven’t even looked at yet because they’re so busy looking at everything else – and now they actually have to say something back.

Once I had the trick figured out, I would come in for a workout every day and I just stopped acting like I didn’t see them. Furthermore, I made it a point to make sure that I address them whenever I’d see them. “Good morning!”

It didn’t take long before the whole situation turned into a type of respect thing. I no longer felt like they were gawking. Sure, they’re men, so they’re bound to look, but I noticed that they started to treat me more like the person that I am. They started to inquire. They actually knew my name, and they found out more about me – such as the things that I’ve done in the past.

If you happen to be one of the many women around the world who feel uncomfortable about working out at the gym because of the way people tend to stare when you’re wearing appropriate workout clothes, I hope my trick works out for you the same way it has worked out for me.

The first thing to keep in mind is that you shouldn’t cower away when they look at you. Don’t shy away. Don’t let them control how you respond and how you act when you’re at the gym.

Instead, look them straight in the eye, smile, and say, “Good morning!” or “Hello!”

Do the exact same thing that you would expect them to do when they see you – show respect.

Have a good one, everybody!