Why Not Eating Often Enough is Making You Actually GAIN Weight 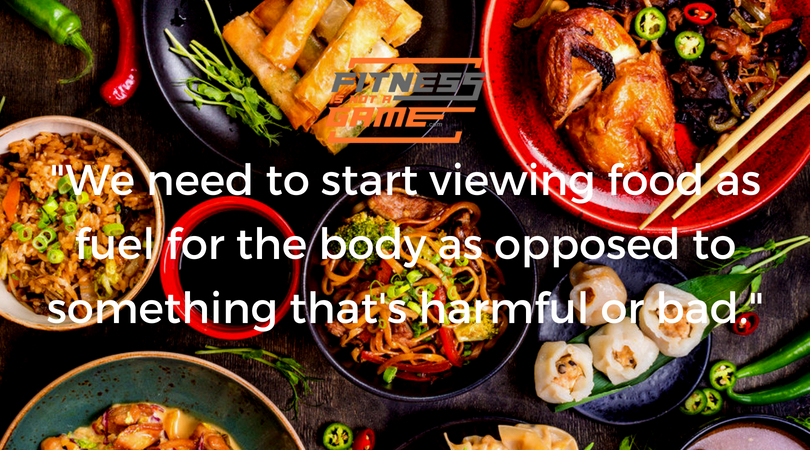 When I talk to people, a lot of them will say, ” I don’t know why I’m not losing weight. I barely even eat at all. I eat only once or twice a day.” They’re always so surprised whenever I tell them that that’s probably the reason they aren’t losing weight – they simply aren’t eating enough!

I know it sounds crazy, but you must feed your body enough to burn calories.

Your body is smart. Your body is built to protect you. That’s why it’s not going to let you starve yourself. That’s just how the body works.

Now, I’m going to tell you how metabolism works.

When you eat, you may not realize it, but you’re training your body. Your body says, “All right, I’ve eaten breakfast.” Let’s say you’ve had a bowl of oatmeal, one banana, some hard-boiled eggs, and lots of water. All in all, you’ve consumed around 300 to 350 calories. Your body will use that as storage because that’s the body’s fuel, and we need to start viewing food as fuel for the body as opposed to something that’s harmful or bad.

Food is fuel. Food fuels your body to give you everything you need in order to get you through each day. Whenever you provide your body with enough fuel, it responds by providing you with energy to do whatever it is that you need to do.

Let’s say you’ve eaten breakfast at 7:00 in the morning. At around 10:00 in the morning, you decide to have a small snack – maybe you snack on some almonds and blueberries or something. Your body would still be burning the fuel that it was given at breakfast, but it knows that you’ve just given it some more fuel, so it’s going to continue to give you energy. By lunchtime, the body gets another serving of fuel, so it continues to give you more and more energy.

Now, let’s switch things up a bit. Let’s talk about those people who say, “I don’t eat breakfast. I typically eat one big meal around dinnertime and that’s it.” What effect might that have on the body?

Remember, your body is smart. It gives you the energy that you need. If you are not fueling it properly, if you just aren’t eating at all, your body goes on reserve. It says, “You know what? I can’t keep burning all these calories because he/she is not going to feed me until dinnertime. If I keep burning all these calories, she’s only going to end up being tired and he/she is not going to have the energy to do anything else. So, I’m going to reserve this, and I’m going to slow down until he/she feeds me again.”

Your metabolism slows down, and the body decides to reserve and conserve all the energy and fuel that you’ve given it because you haven’t given it anything else since the day before.

The funny thing about most of the people who only eat once or twice a day is the fact that they typically don’t even eat healthy stuff. Let’s be honest. Most of these people opt for high-calorie, high-fat food like pizza, burgers, and fries.

People who choose to eat once a day need to realize that what they’re doing isn’t healthy. In fact, it’s one of the reasons the scale doesn’t move. When you fail to provide your body with enough fuel to improve your metabolism, you end up with extra fat deposits.

You must start training your body to burn more calories by eating healthy meals in controlled portions which are given at reasonable intervals throughout the day. Once you train yourself to eat properly, you will gradually see the results you’re looking for.

I know it’s difficult for people who don’t like the idea of eating frequently. In fact, it can be a real challenge in the beginning. I won’t say that I was ever one of those people who only ate once a day, but it was hard for me to stick to having three meals plus two or three small snacks a day. I felt like I couldn’t eat that frequently, but I did it anyway. It’s about making the lifestyle change that you need to set you up for success.

I hope you enjoyed that tip because I have even more tips that I would like to share with you. Visit fitnessisnotagame.com/freetips and sign up to receive a freebie that will show you how to improve your body without even stepping on the scale.

Have a good one!